Ryuichi Sakamoto, fighting cancer, livestreams what may be final concert 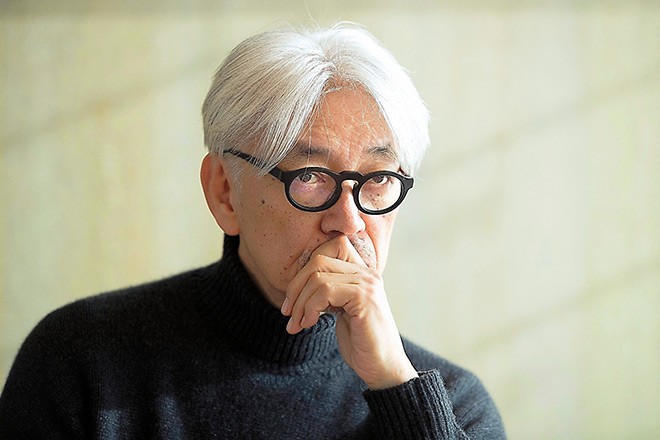 Japan’s Ryuichi Sakamoto, known for his electronic music, including the score for “The Last Emperor,” on Monday finished streaming a concert that may be the last for the Academy-award winning composer, who is fighting stage 4 cancer.

Sakamoto, 70, said in an online message in December that the unorthodox performance--broadcast to more than two dozen nations around the world--came about because he could no longer complete a regular concert.

“My strength has really fallen, so a normal concert of about an hour to ninety minutes would be very difficult,” he said. “As a result, I’ve recorded it song by song and edited it together so it can be presented as a regular concert--which I believe can be pleasurable in the normal way. Enjoy.”

The concert, which featured a Sakamoto solo on piano for 13 of the songs, included themes from “The Last Emperor” and “Merry Christmas Mr. Lawrence,” in which he acted alongside David Bowie in addition to writing the score. It was streamed four times starting at noon on Dec. 11, with the last coming early on Monday morning in Japan.

First introduced to the piano as a toddler, Sakamoto studied ethnomusicology at the Tokyo National University of Fine Arts and Music, with particular interest in the traditional music of Japan’s Okinawa prefecture, Indian and African musical traditions. He also described classical musician Claude Debussy as his hero.

He matured into a keyboard and electronic musician and composer who became known for film scores, especially Nagisa Oshima’s “Merry Christmas Mr. Lawrence” and Bernard Bertolucci’s “The Last Emperor,” for which he won an Academy Award.

In 2014 he was diagnosed with throat cancer, which was cured after years of treatment. But in January 2021 he said he had been diagnosed with rectal cancer the previous year.

In June 2022, he wrote in an essay that the cancer had spread despite multiple operations and was now Stage 4.

“I have just turned 70, but how many more times will I be able to see the full moon?” he wrote. “But even thinking that, since I have been granted life, I am praying that I will be able to make music until my last moments, just like my beloved Bach and Debussy.”