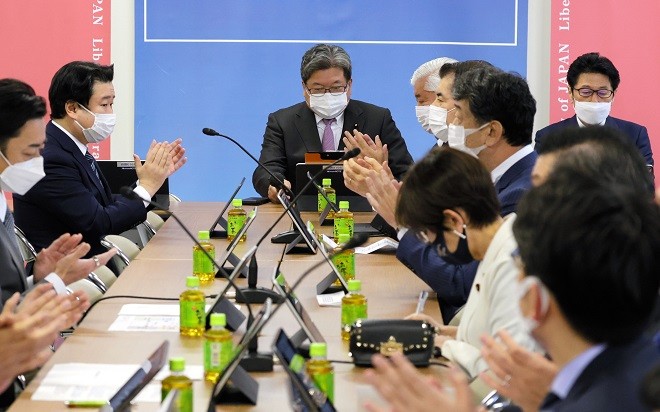 A special committee of the ruling Liberal Democratic Party has started exploring non-tax options to finance the proposed sharp increase in defense spending.

The panel will consider measures to raise funds other than tax increases, such as spending reforms.

While there is no disputing the need to cut wasteful expenditures, it would be a mistake to believe that spending cuts alone will secure sufficient funds to finance such a huge budget expansion.

The government should not allow itself to end up piling on new debt by making a bad bet on this approach.

But the government’s blueprint for spending reforms to achieve this goal was filled with unrealistic or unsustainable steps, such as using surplus funds in special government accounts, which would only offer a one-time uptick in income. The blueprint is likely to turn out to be a pipe dream.

Prime Minister Fumio Kishida said the generations who live today should fulfill their responsibility by financing the defense budget expansion with their own money. To comply with this pledge, the government has to work out more viable plans to raise funds. The LDP needs to engage in pragmatic and down-to-earth debate on the issue.

From this point of view, it is troubling to see a group of LDP lawmakers, mainly members of the largest faction of the late former Prime Minister Shinzo Abe, clamoring for minimizing the envisioned tax increase by raising more funds than the government expects through spending reforms.

There is no need to point out the importance of eliminating ineffective and inefficient expenditures before asking taxpayers to accept an increase in the tax burden. But the fact is that the former Democratic Party of Japan's signature initiative to slash low-priority projects and programs, launched when the now-defunct party was in power, produced a savings of no more than 1 trillion yen.

It is clearly difficult to raise 3 trillion yen in new revenue without boosting taxes as the government hopes to do. The Kishida administration should not use unrealistic estimates and assumptions to avoid making serious efforts to secure stable revenue sources for the defense buildup.

In the first meeting of the LDP’s special committee held on Jan. 19, members discussed the idea of scrapping the rule that requires the government to redeem bonds in 60 years so that the money earmarked annually for covering the costs of redemption can be freed up for use to finance defense spending.

If this step is taken, however, new bonds would have to be issued for covering debt servicing costs. Obviously, this approach will not generate any new revenue sources.

If the ruling party wastes time and energy on considering such meaningless ideas, we cannot expect any good plan to emerge from the work.

The party should first focus on making an accurate estimate of how much money will be raised through low-profile but steady efforts, such as reviewing low-priority policy measures.

Unlike temporary policy measures to deal with economic downturns or outbreaks of infectious diseases, the defense budget is permanent spending. It needs to be financed by steady revenue sources other than borrowing.

The government’s current struggle to scrape up money to fund the planned defense spending expansion simply indicates that the envisioned buildup is beyond the nation’s means.

National security is just one of the many policy challenges confronting Japan, including social support for child-rearing and a wholesale shift toward a low-carbon future.

It does not make sense to allocate an excessive portion of the limited financial and human resources to national security.

As it explores ways to secure stable revenue sources to finance the planned enhancement of the nation’s defense capabilities, the LDP’s special committee should rethink the government’s plan to ramp up the defense budget to hit the apparently predetermined target of 2 percent of the nation’s gross domestic product.