TEPCO applies to raise electricity rates by 30% starting in June 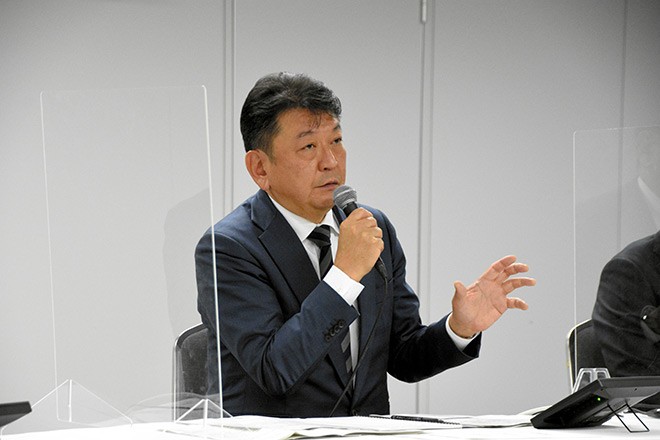 Tokyo Electric Power Co. filed an application with the government on Jan. 23 to raise electricity rates for households by an average of 29.31 percent starting in June.

“The business environment is severe at the moment as electricity procurement costs significantly rose due to soaring fuel prices and a weak yen,” TEPCO President Tomoaki Kobayakawa said at a news conference that day.

TEPCO hopes the rate hike will improve its business environment, which has been hit hard by soaring fuel costs.

“We have come to this difficult decision as (surging costs) could disrupt the stable supply of electricity,” Kobayakawa said.

The submitted application factors in the plan to bring the Kashiwazaki-Kariwa nuclear plant in Niigata Prefecture back online.

The utility applied to the industry ministry to raise the regulated electricity rates, which requires government approval.

The ministry will examine the application and decide the final rates after public hearings to solicit opinions from the public.

TEPCO has passed higher fuel prices on to its rates under the system designed to automatically adjust monthly electricity fees based on fuel price fluctuations. It has been unable to raise the rates since September as it reached a price ceiling.

The requested rates increase, however, will be more than the subsidy.

TEPCO said it calculated its rates based on the assumption that the No. 7 reactor at the Kashiwazaki-Kariwa nuclear plant is restarted in October and the No. 6 reactor in April 2025 to “reduce costs to the maximum extent possible.”

However, Kobayakawa said, “We cannot promise when the reactors will resume operations.”

TEPCO would be raising its regulated electricity rates for the first time since 2012, when all nuclear power plants were shut down in the aftermath of the Great East Japan Earthquake and tsunami in March 2011, which caused meltdowns at the Fukushima No. 1 nuclear plant. It raised the rates by an average of 8.46 percent at that time.