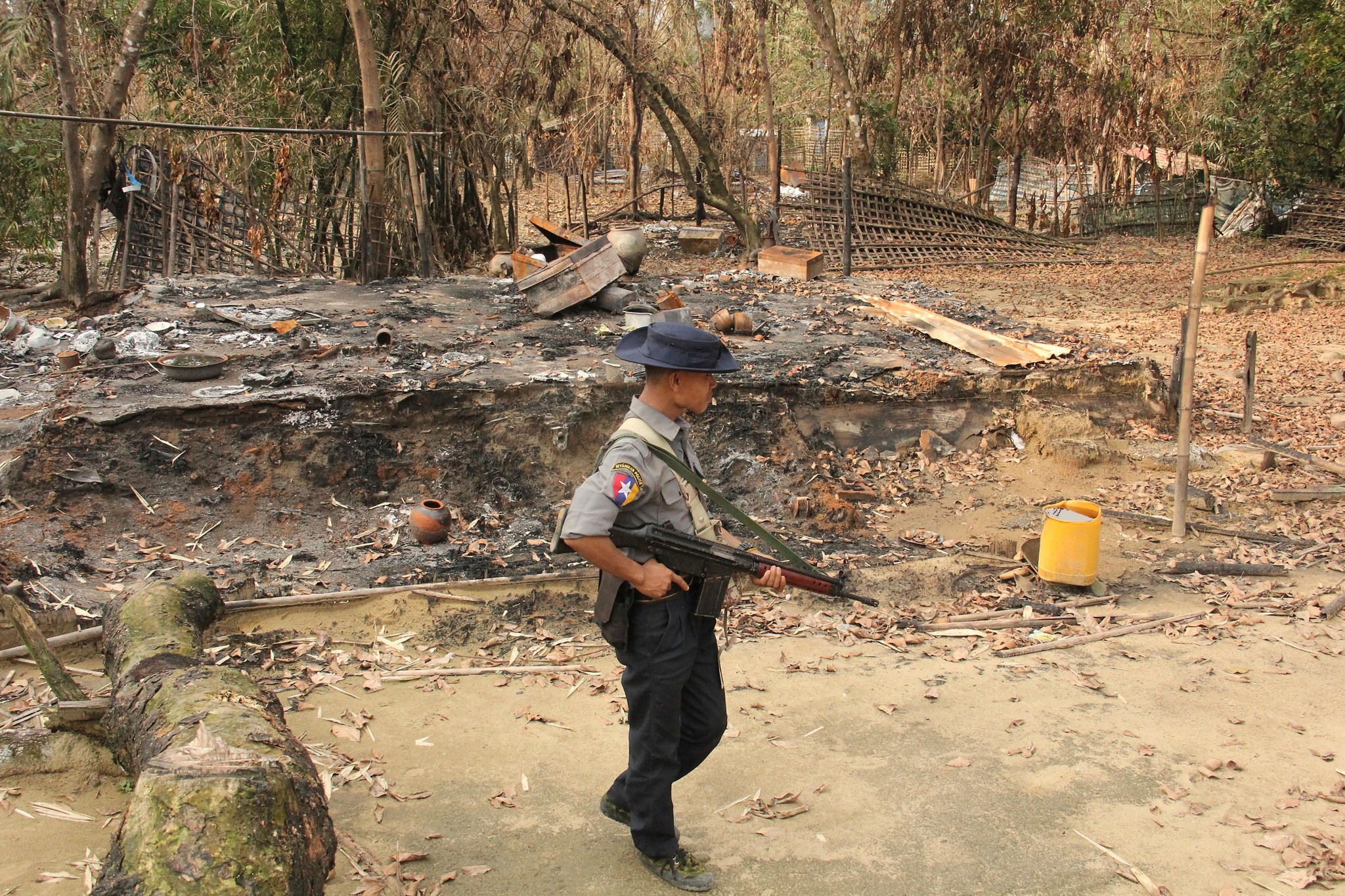 BANGKOK--A human rights group and 16 people from Myanmar have filed a criminal complaint in Germany seeking punishment of Myanmar’s generals for genocide, war crimes and crimes against humanity they alleged were committed in that country after their 2021 government takeover and during a 2017 crackdown on Muslim Rohingya.

Fortify Rights, a complainant in the case announced Tuesday in Bangkok, noted “the individuals responsible for crimes related to both have yet to be held accountable.”

The federal prosecutor’s office in Germany, where the legal complaint was filed last Friday, declined to comment on it. The office would have to decide whether to file an indictment before the matter can go to court, a potentially lengthy process.

But activists seeking accountability also have filed cases in national courts in Argentina, Turkey and now Germany as well, under the concept of universal jurisdiction.

The legal principle allows prosecution for mass atrocities regardless of location or nationality when the offenses are so severe they represent crimes against the entire international community, said Matthew Smith, chief executive officer and co-founder at Fortify Rights.

“An investigation and subsequent prosecution of these crimes under German law would serve to punish those who have committed the gravest of crimes, prevent future crimes by perpetrators in Myanmar, and signal to other would-be perpetrators in Myanmar and elsewhere that accountability for atrocity crimes cannot be avoided,” Fortify Rights said in a statement.

The complaint was filed days before the anniversary of the military’s Feb. 1, 2021, seizure of power from an elected government led by Aung San Suu Kyi, who is now serving a 33-year prison sentence for alleged crimes widely thought to have been concocted to legitimize military rule. The German complaint also comes more than five years after the brutal 2017 counterinsurgency operation Myanmar’s security forces carried out against the country’s Muslim Rohingya minority.

About 740,000 Rohingya fled for safety into neighboring Bangladesh after their villages were burned and they became targets for mass rape and murder. The military is accused of carrying out similar atrocities against people throughout Myanmar who opposed the 2021 army takeover and sought a return to democracy, finally taking up arms when their peaceful protects were quashed with deadly force.

About half the 16 individuals who brought the German complaint are victims of the brutality against the Rohingya and the others suffered abuses carried out after the 2021 army takeover.

According to Fortify Rights, the latter include students, scholars, farmers, former village heads, and homemakers, and are from multiple ethnic groups.

One of the complainants is a 51-year-old Rohingya woman who lost family members and was injured by soldiers, according to Fortify Rights, which withheld her name.

The woman’s village was entered by soldiers and a mob of non-Rohingya civilians, who blocked residents from leaving while burning down houses, the group said. It said individuals under the military’s control raped her daughter-in-law while she was in earshot and as soldiers beat her in an adjacent room.

“The Myanmar military killed seven members of her family in the attack on her village and, in a separate incident, cut her with a knife, leaving permanent scars,” said Fortify Rights. It said she “witnessed piles of dead bodies of Rohingya civilians in her village and military soldiers stabbing, beating, and killing numerous Rohingya men and children. Soldiers killed one child as he begged them for drinking water.”

The complaint filed with Germany’s federal prosecutor’s office “includes substantial evidence showing that senior military junta officials exercised superior responsibility over subordinates who committed crimes, knew about their subordinates’ crimes, and failed to take any action to prevent the crimes from happening and to punish the perpetrators,” said Fortify Rights.

The group said the evidence submitted in the complaint includes interviews with survivors, leaked documents and information from Myanmar military and police deserters, and previous reports compiled by U.N. investigators and other parties.

German courts applying the principle of universal jurisdiction have in the past few years obtained convictions in cases of torture carried out in Syrian prisons and crimes committed by members of the Islamic State group.

In November 2021, courts in Argentina agreed to investigate allegations of genocide and crimes against humanity against senior Myanmar officials under the universal jurisdiction principle. The London-based Burmese Rohingya Organization UK had brought its compliant before the courts in 2019.

There was precedent from 2010, when a court in Argentina investigated allegations of human rights abuses during the 1936-1939 Spanish Civil War as well as during Francisco Franco’s regime and the two years between the dictator’s death in 1975 and the first democratic elections.

In March last year, the Myanmar Accountability Project, a non-governmental organization, brought a complaint to a Turkish court against Myanmar’s military leaders for use of torture since their 2021 takeover, charging that the practice has become “widespread and systematic.” The London-based international group is pursuing various legal actions against the military government.