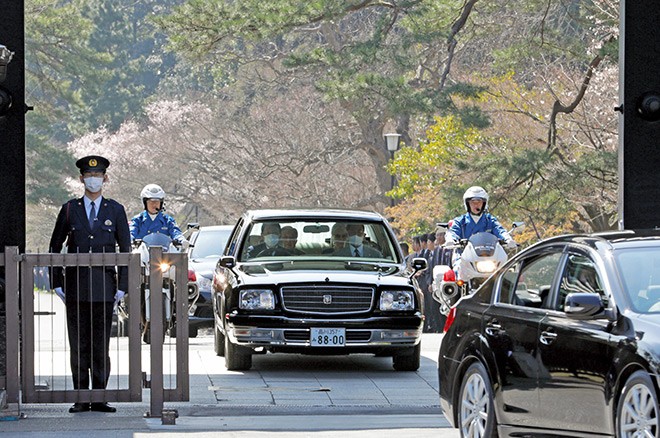 Emperor Emeritus Akihito and Empress Emerita Michiko moved out of the Fukiage Sento Palace where they had lived for 26 years on March 19 before their eventual settlement in the Akasaka Imperial Palace. [Read More]