In the end, IOC ally pushed Mori to resign as Olympics chief 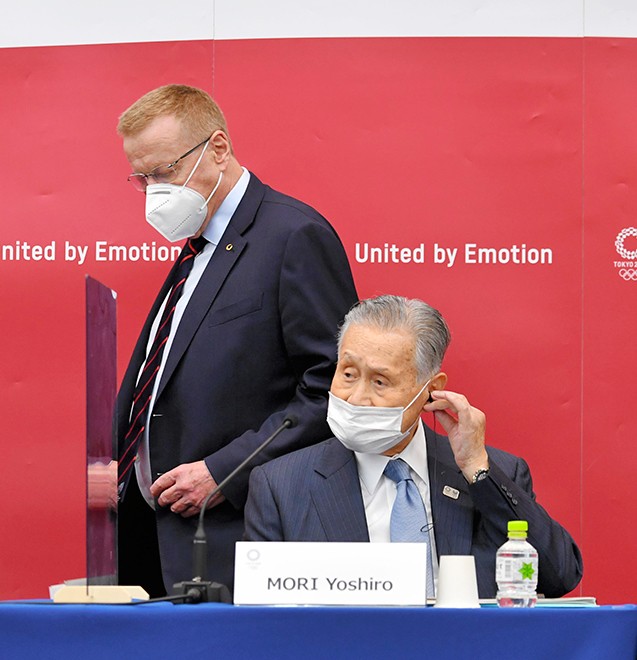 John Coates, chairman of the IOC Coordination Commission for the Tokyo Olympics, walks behind Yoshiro Mori to prepare the start of a news conference in November 2020. (Pool)

Yoshiro Mori likely thought he had dodged a bullet when the International Olympic Committee and senior Japanese politicians expressed their opinion that his apology for his sexist remarks had settled the matter. [Read More]