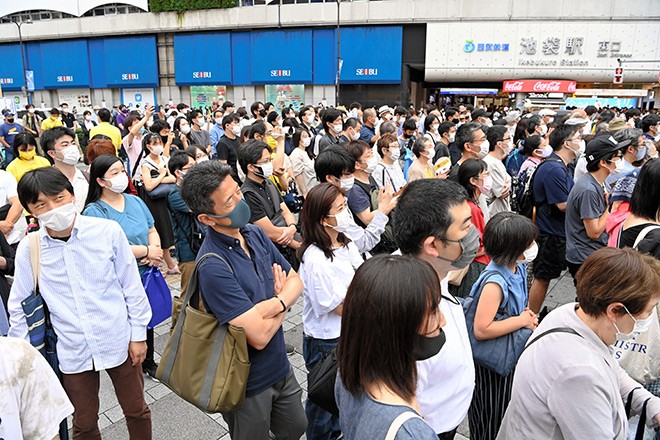 Voters listen to a speech by a candidate running in the Tokyo metropolitan assembly election in front of Ikebukuro Station in the capital on July 3. (Shinnosuke Ito)

The ruling Liberal Democratic Party appeared set to emerge as the dominant party in the Tokyo metropolitan assembly election on July 4, but has no chance of capturing a majority--even with its junior coalition partner Komeito. [Read More]