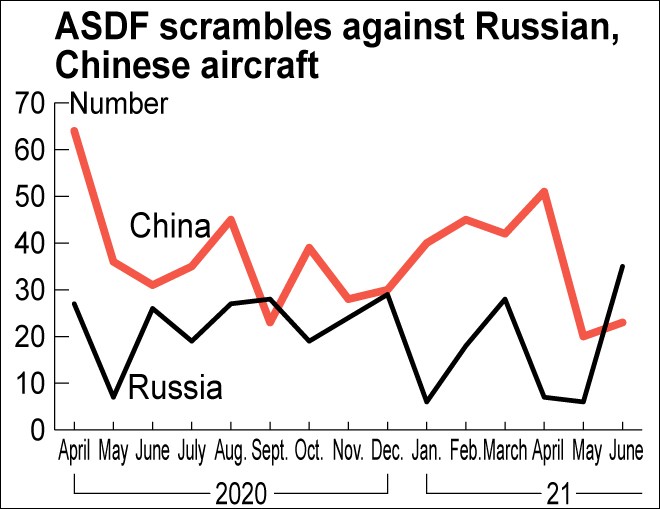 Scrambles by Air Self-Defense Force jets against Russian aircraft in June exceeded those against China for the first time in nine months, apparently due to military exercises staged by Russia and political maneuvering by that country's prime minister. [Read More]