Eight found after landslide in Nagano; mother and 2 sons dead 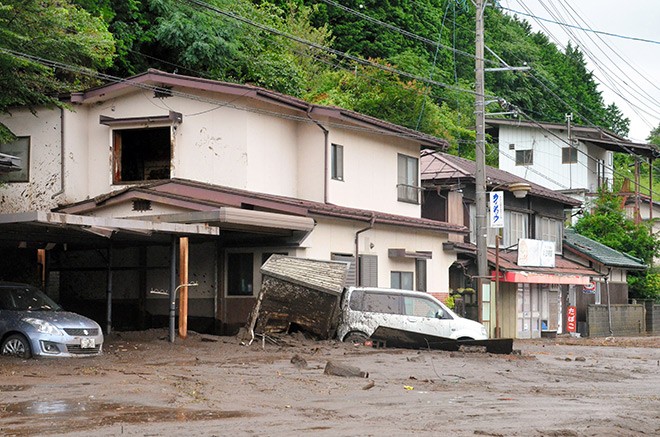 A home where soil and sand flowed into in Okaya, Nagano Prefecture, on Aug. 15 (Yasushi Sato)