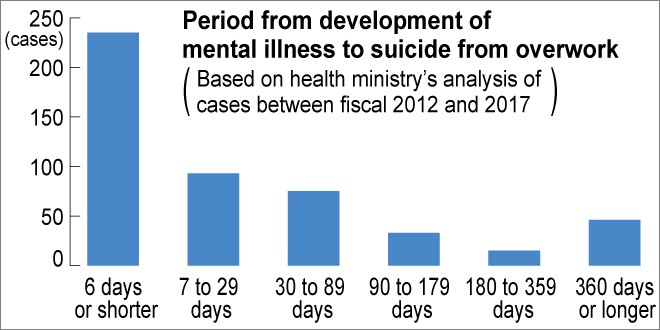 Nearly half of all suicides in Japan certified as resulting from overwork between fiscal 2012 and fiscal 2017 occurred within six days after the victim exhibited symptoms of mental illness, according to the health ministry. [Read More]