Dialogue What Can We Learn from a Country with the Smallest Gender Gap in the World?｜Asahi World Forum 2019｜朝日新聞

Dialogue
What Can We Learn from a Country with the Smallest Gender Gap in the World?
Brynhildur Heiðar- og Ómarsdóttir Managing Director of the Icelandic Women’s Rights Association (IWRA)
Moderator Azusa Mishima Staff Writer, City News Section of the Asahi Shimbun 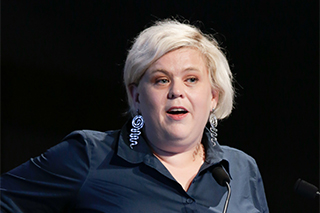 Iceland has held the top place in the Global Gender Gap Index ranking by the World Economic Forum for 10 consecutive years. How has the country narrowed the gender gap? Brynhildur Heidar-og Omarsdottir, Managing Director of the Icelandic Women’s Rights Association (IWRA), talked about Iceland’s progress toward gender equality and related issues.

The current prime minister of the country is a 43-year-old woman, and nearly 40% of the parliamentary members are also women. The speaker said, however, that “Iceland had been an unequal country until recently,” and talked about the progress made over the last 10 years and changes in the country.

In 2009, multiple banks in Iceland collapsed in the wake of the global financial crisis, and the government lost the public’s trust. At that time, most of the top executives at the banks and in government were men, and the public increasingly called for diversity in its decision-makers. As a result, the percentage of female members of parliament increased to exceed 40% for the first time.

How, then, has the society changed?

“The laws that had been advantageous to men were reviewed to benefit all people,” Ms. Brynhildur said, explaining how the government formulated its budget in consideration of gender issues as well as the fact that companies were mandated to set equal wage standards for men and women. Also, according to her, at many senior high schools in the country, students are provided with opportunities to learn about gender equality, and as a result young people have become more sensitive to a range of inequalities.

“Inequalities still remain,” however, “and Iceland is not a paradise. Women are still performing more household and childrearing chores, and there are still large gaps between the monthly salaries of men and women, although the gaps have been narrowed in terms of hourly wages. We cannot achieve true gender equality unless we solve these remaining issues.”

As for Japan, she emphasized the need for politicians who are firmly committed to the comprehensive pursuit of equality and for grassroots movements to support these politicians. “Japan is truly blessed with human resources,” she concluded. “I would like to see the country provide women with better environments that will enable them to make more contributions. I hope that Japan will become a regional leader also in terms of gender equality.” 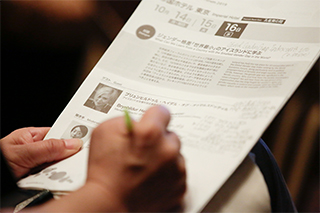 “A group of people—mostly men with a handful of women.” This is what we often see at a session of the Diet, a governmental agency meeting, and on the stage at a symposium.

I was therefore strongly impressed with the words of Ms. Brynhildur, who said, “We already take it for granted that both men and women are equally making decisions as leaders. Gender equality provides us with a great benefit. Men also recognize it as an advantage, and so we will never return to the way things used to be.”

What she said about the 10 years of progress made by Iceland toward gender equality provides lots of clues to Japan, including on how companies can enhance their corporate value by unveiling action plans to eliminate inequality and how the government is approving the use of certification marks by companies to help consumers purchase goods more selectively. Indeed, it is not only Iceland but also Japan that “cannot afford to waste excellent human resources.” (Moderator: Azusa Mishima)