Prosecutors await the arrival of a certain individual

A business jet rolled to a stop on the tarmac at Tokyo’s Haneda Airport in the evening. Black paint on the engine identified the plane as “N155AN.”
All curtains were immediately drawn after investigators from the special investigation department of the Tokyo District Public Prosecutors Office entered the aircraft. Shortly thereafter, the prosecutors arrested Carlos Ghosn, the Nissan Motor Co. chairman.
That marked the beginning of what has become known as the “Ghosn shock.”

The incident began more than six months before the arrest, when whistle-blowers raised red flags about Ghosn’s suspicious use of Nissan funds. Rumors had previously spread that Ghosn was taking advantage of the company for his personal means. But this time, several whistle-blowers provided specific details.

A special internal investigative team was created from among a small number of executives and auditors. Their search uncovered a suspicious flow of funds through overseas subsidiaries. Team members decided to seek the advice of a well-known lawyer who was a retired prosecutor.

—Testimony of a Nissan employee

Consulting with the retired prosecutor meant the investigative team was prepared to take the unprecedented step of bringing the case to prosecutors for a criminal investigation.
Documents related to the in-house investigation were secretly compiled, and specific documents were provided to the special investigation department of the Tokyo District Public Prosecutors Office around June.
Coincidentally, June also marked the start of a new plea bargaining system in Japan. Prosecutors showed great interest in the information they went through.

—Response of one source who saw documents

‘We have already looked into the facts’

A major problem was whether senior officials involved would cooperate in the investigation.
One was a foreign executive in charge of legal matters. At first, the executive refused to cooperate, saying the allegations would be denied outright. Members of the in-house investigative team tried to persuade the executive to cooperate.
On one occasion, a team member said: “If you agree to a plea bargain, you will be exempted from indictment. We have already looked into the facts of the case.”
After several days of often heated discussions, the executive finally agreed to cooperate. 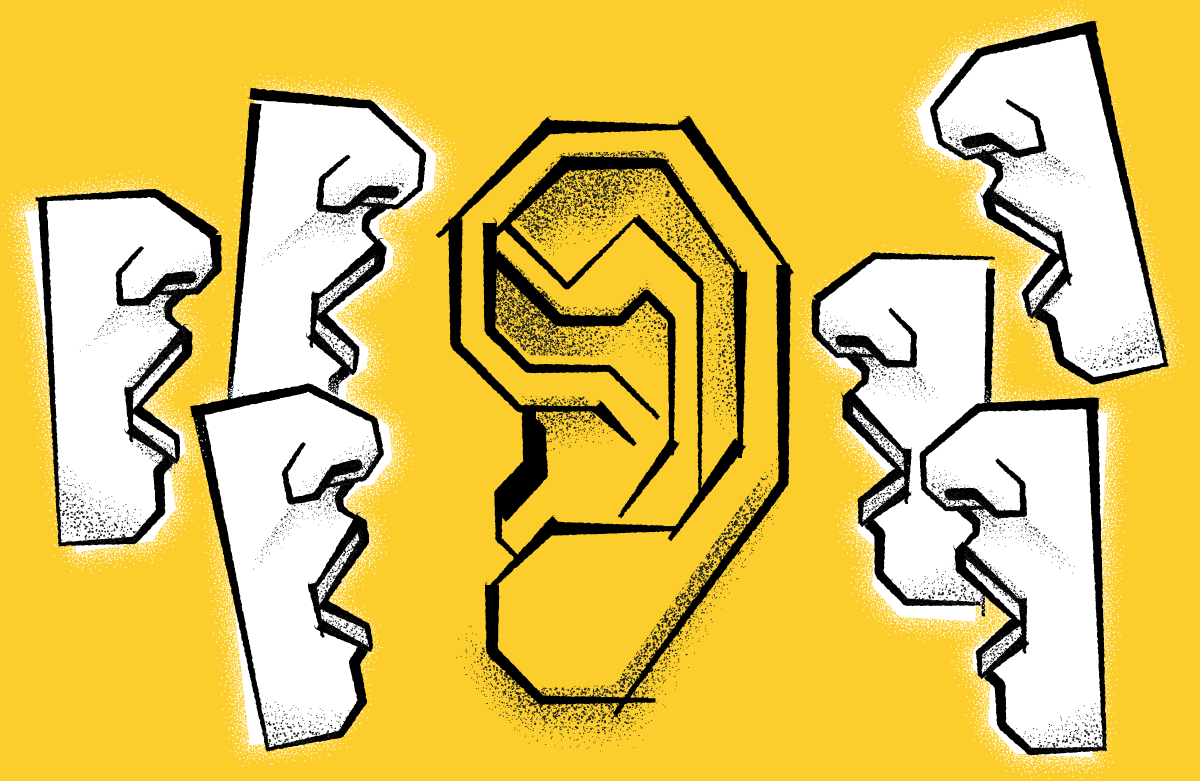 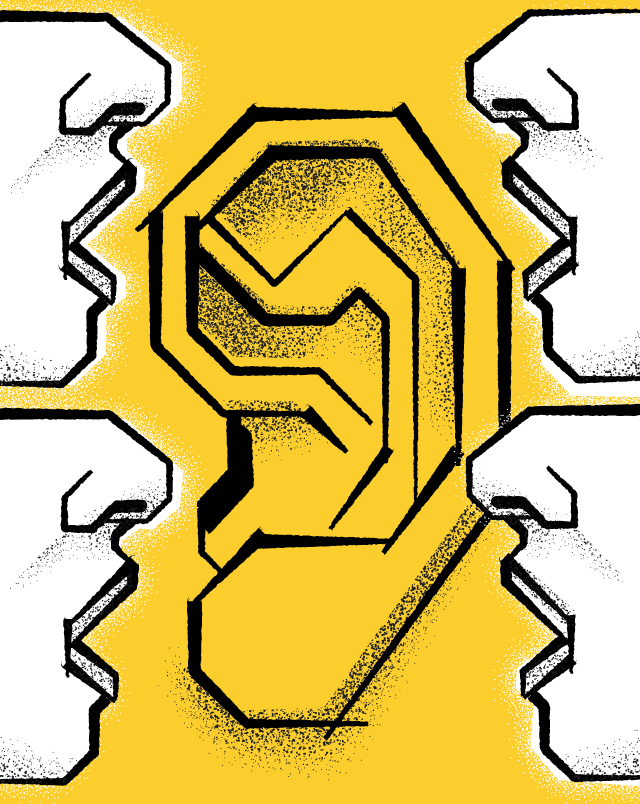 Eventually, a senior official in the company’s secretariat who had assisted Ghosn for many years also agreed to take part in the plea bargaining arrangement. The cooperation of these two individuals shed much light on various unknown matters. The secretariat located on the 21st floor of Nissan headquarters became the key to unraveling the various suspicions surrounding Ghosn. 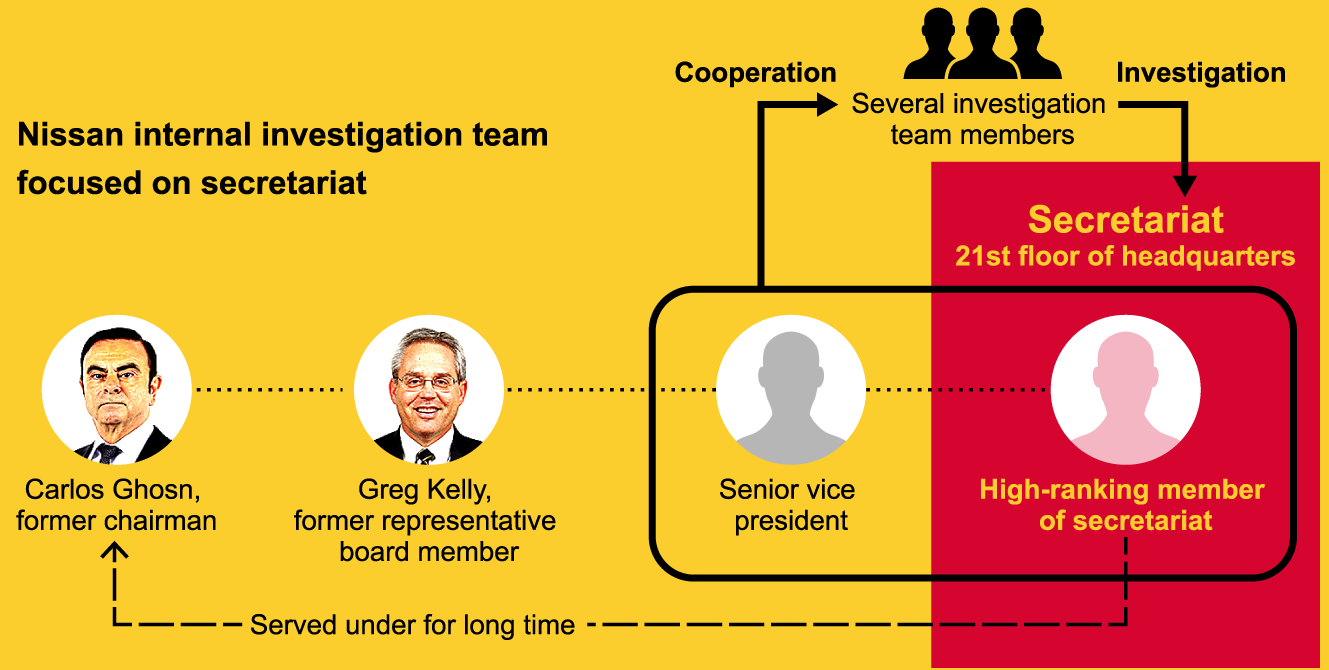 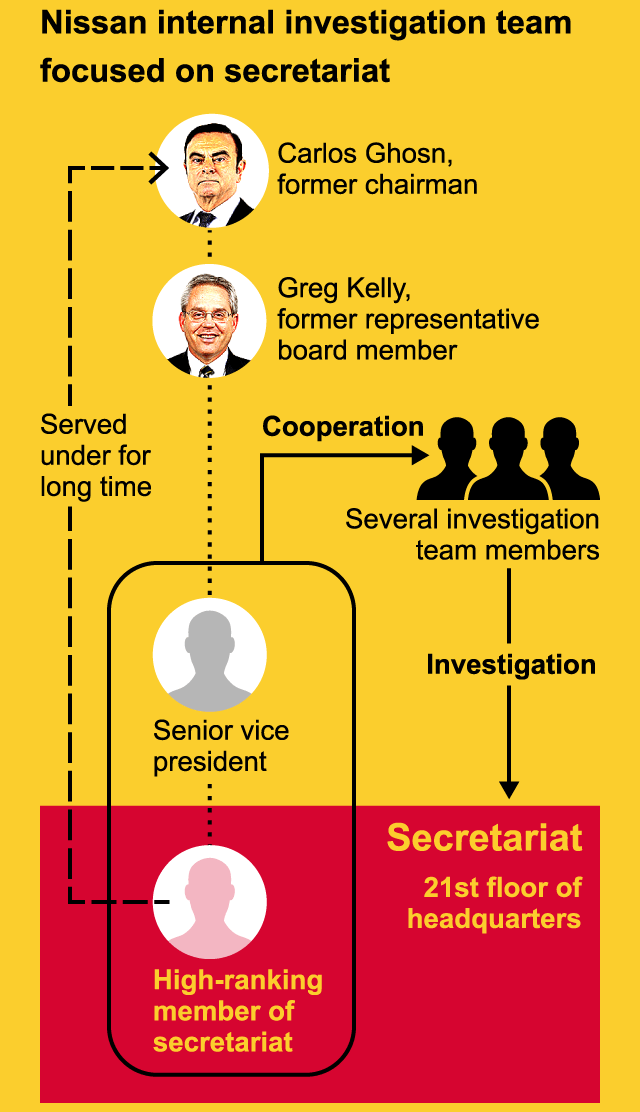 More than six months after the top-secret in-house investigation began, preparations for the arrest entered the final stages. The individuals facing arrest were Ghosn and his right-hand man, Greg Kelly, an American who served as a representative board member.
But one hurdle was the fact that both were often away from Japan. Unless the two were arrested at the same time, one of them might flee abroad.
After consulting with Nissan officials, prosecutors in the special investigation department decided to have the two called back to Japan ostensibly to attend a board meeting. That day, Nov. 19, had finally arrived.

In the end, Nissan President Hiroto Saikawa was also told beforehand about the progress in the investigation. When Ghosn and Kelly were arrested after their arrival in Japan on the evening of Nov. 19, Nissan immediately issued a news release.
Later that night, Saikawa held a news conference at which he said, “Going beyond the word regrettable, I feel a strong anger and am very disappointed.”

For the first arrest, prosecutors alleged a huge under-reporting of executive remuneration. Ghosn was arrested on suspicion of only reporting about half of the annual remuneration that was actually about 2 billion yen a year.

A three-tatami mat room, left, similar to the one likely initially used by Carlos Ghosn at the Tokyo Detention House, and a sample of a typical breakfast at the facility. According to sources, Ghosn was later moved to a room with a bed.

About one month after the first arrest, prosecutors were faced with an unexpected development on Dec. 20. After the rearrest, the detention period for Ghosn was cut short at 10 days by the district court when a 20-day detention period is normally approved.
Some media organizations ran reports that Ghosn could be released on bail as early as the next day. Foreign media had repeatedly criticized the long detention periods commonly found in the Japanese judicial system. The mood of the incident appeared to be changing suddenly just before Christmas.

Another surprise occurred on Dec. 21 when prosecutors arrested Ghosn for a third time. But this time, he was suspected of aggravated breach of trust. Prosecutors had suddenly gone after a major crime. That all but closed the door on an early release for Ghosn. 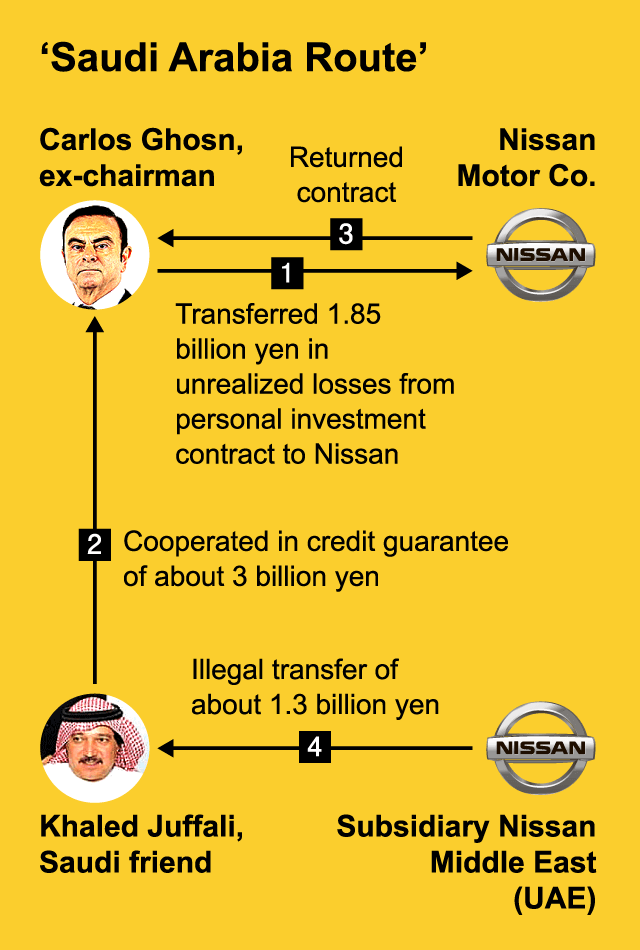 On Feb. 13, the retired prosecutor who served as Ghosn’s lead lawyer resigned. One of the lawyers who replaced him was Junichiro Hironaka. Nicknamed the “razor” for his skill at pointing out discrepancies in prosecutors’ cases, Hironaka had won not guilty verdicts in a number of well-known cases. At the same time, Ghosn released an aggressive statement in which he said, “This represents the beginning of the process of not only establishing my innocence, but also shedding light on the circumstances that led to my unjust detention.”

The situation changed drastically on March 5. Shortly after noon, a report came that the Tokyo District Court had decided to allow Ghosn’s release on bail. The timing of the decision was highly unusual for a suspect who has continued to deny the allegations brought by the special investigation department.

The following day, a countless number of cameras surrounded the Tokyo Detention House in an attempt to capture Ghosn leaving the facility. Shortly after 4 p.m., a man dressed as a manual laborer appeared at the front entrance. He wore a blue cap and a face mask, and the vehicle he entered was a Suzuki Motor van.
As the vehicle slowly left the premises, the characteristic sharp gaze of Ghosn became visible in the back seat. Many media representatives were taken by complete surprise. It was a trick thought up by Ghosn’s lawyers to keep the media from identifying the residence where Ghosn would be staying.

Once again to the detention house

About a month after his release, TV and other media reported on Ghosn enjoying the cherry blossoms with his family. Ghosn himself continued to maintain his silence. But that was broken on April 3, when Ghosn set up his own Twitter account and tweeted that he would hold a news conference on April 11.
The surprise announcement came amid reports that the special investigation department was looking into a new allegation.
The news conference never took place.

The special investigation department on April 4 rearrested Ghosn on suspicion of aggravated breach of trust in connection with the distribution of money to a Nissan car dealership based in Oman.
Ghosn was once again taken to Tokyo Detention House. 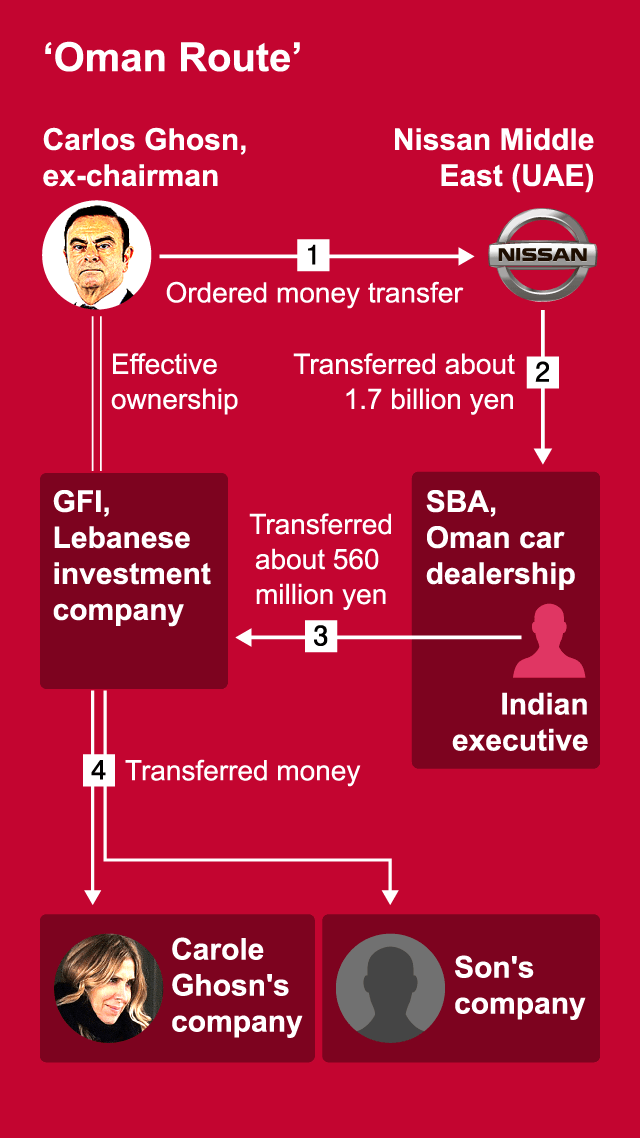 ‘This is a conspiracy’

On April 8, an extraordinary Nissan shareholders’ meeting approved the removal of Ghosn as a board member, ending both in name and fact his leadership over the automaker that had lasted for 20 years.
The following day, reporters gathered at the Foreign Correspondents’ Club of Japan in Tokyo’s Chiyoda Ward, where Ghosn’s lawyers released a video taken of the former chairman before his arrest.
The video began with Ghosn saying, “If you are listening to me through this video today it means that I was not able to make the press conference that I planned for April 11.”

Ghosn claims his innocence and calls the incident a “conspiracy” and “plot” by Nissan executives.
Meanwhile, Nissan was severing all ties with the Ghosn leadership structure that had controlled the company for 20 years. The special investigation department continues to chase the global flow of money in connection to Ghosn.
The battle between all three sides continues. Reporting: City News Section and Economic News Section of Tokyo Head Office

* On April 25, Ghosn was released again. 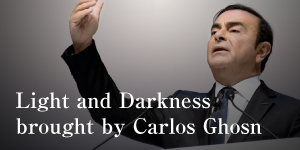