What was Ichiro trying to tell us?

What was Ichiro trying to tell us? 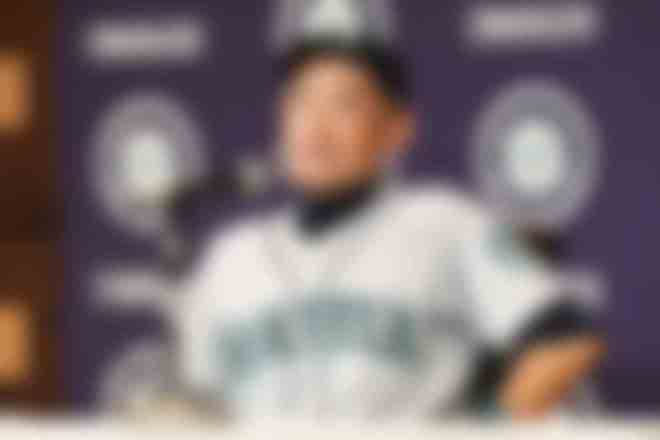 I hope they find something that they love

Do you have a message for children?

A message, huh. That’s not something I like to do. If you find something you can become very enthusiastic about, throw all your energy into it. I feel that if you find that something, you will be able to face whatever hurdles you may encounter. If you cannot find it, I feel you will be more likely to just give up when faced with a hurdle. Take a shot at different things and, rather than whether you are suited to it or not, I hope you will find something that you love. 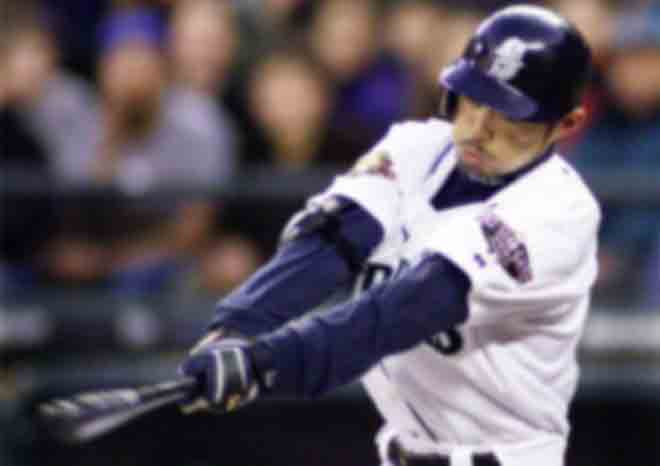 Ichiro Suzuki delivers his first hit in the major leagues on April 2, 2001, in the opening game against the Oakland Athletics. 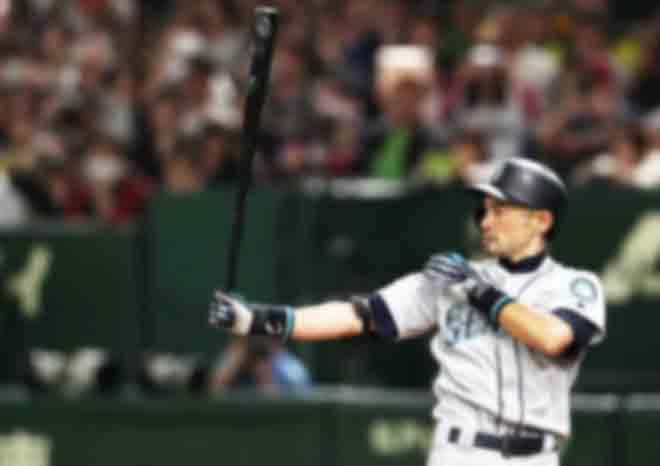 Ichiro Suzuki stands in the batter’s box in his last game in the major leagues on March 21, 2019.

The turnover in new blood on a major league team is very rapid. Even established players may be removed from the lineup if they continue in a slump, and core players who have come up with the same team can be told mid-season that there is no spot on the roster for them.

A strong mind is necessary to remain active.

Ichiro has always said, “I cannot make more of an effort than anyone else.” But he added he was able to continue to work just slightly beyond his limits. As a professional, Ichiro piled up 4,367 hits (1,278 in Japan and 3,089 in the major leagues). He had 10 straight major league seasons with more than 200 hits.

Although he debuted in the major leagues when he was 27, he still managed to accumulate the 3,000 hits considered one benchmark of whether a player belongs in the Hall of Fame.

One reason for his success is his ability to control his emotions. In August 2016, Ichiro explained his own philosophy about feeling a sense of achievement.

He is not trying to make it easier on himself. By calmly analyzing himself on a regular basis, he is able to clarify his strengths and weaknesses. The “accumulation” that Ichiro talks about can be applied to our daily lives as well. 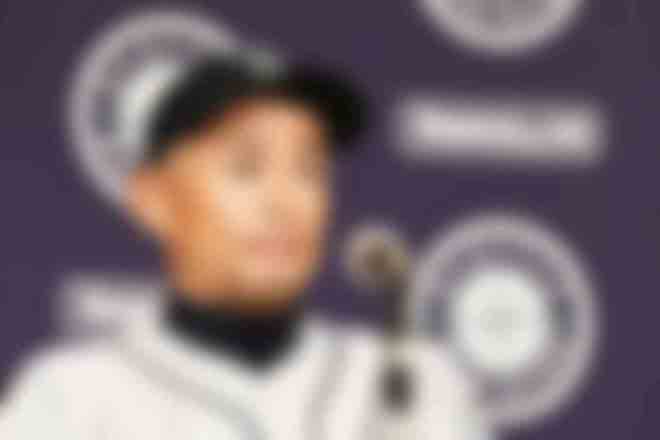 Was there any chance of playing again in Japan?

None whatsoever. I really felt that I wanted to play until 50, but not being able to do so made me a man who doesn’t follow up on what he says. But I also felt that if I had not said that, I would not have been able to come as far as I have. I feel that putting something into words or, while it may be difficult, to express something in words, may be one way of approaching one’s goal. 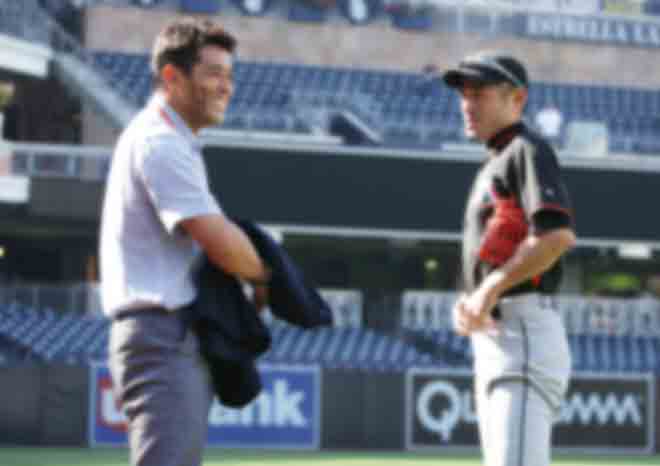 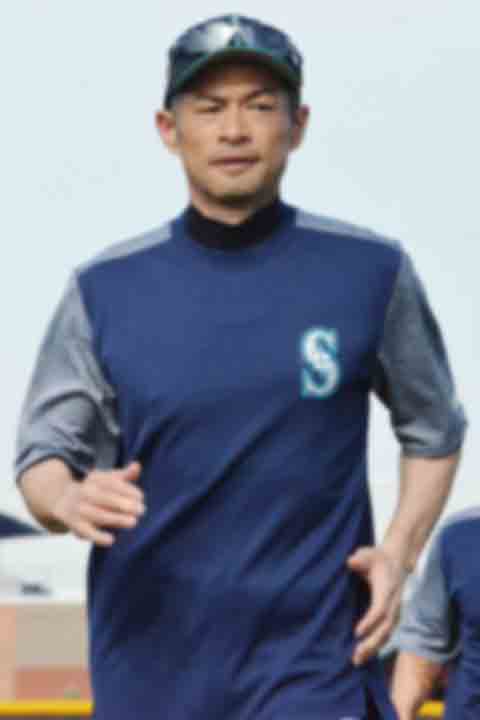 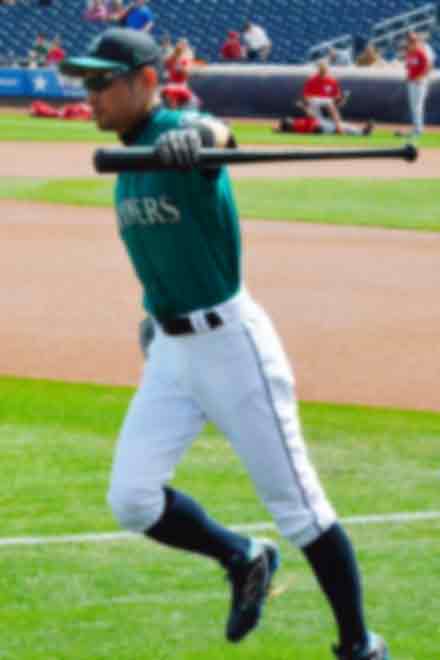 People are always being evaluated by others, be it personnel matters at the company or grades in school. But that assessment may not be the result that one had in mind for oneself. When someone is faced with a severe evaluation, what action will be taken? Will one just mope? Or will one use that to make an even greater effort?

In 2018, Ichiro spent the season in a manner totally different from the past. In May, he was removed from the 25-player roster and given a new role of “special assistant to the chairman.” He accompanied the team even though he did not appear in the game. In such a position, he would not have been blamed if frustration built up.

But Ichiro said, “I want to continue being a researcher of baseball.” He was then 44. Although he was not playing, he wanted to find out how he would change by continuing to discipline himself. Rather than feeling pessimistic about the situation he faced, he tried to find possibilities for the future.

Except for not appearing in the games, Ichiro did not change at all. Before games, he was always the first one on the field warming up. He sent balls into the stands during batting practice. After games, he was in the clubhouse cleaning his glove and spikes. 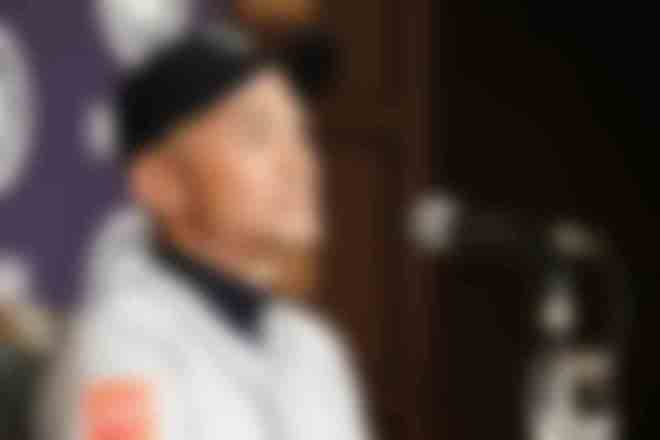 You may think this is uncool, but can I ask about your wife, Yumiko?

I ended up with 3,089 hits in the United States, but for home games, I took rice balls made by my wife to the stadium and ate them before the game. I think she made about 2,800 rice balls. But I wanted her to make at least 3,000. While I am not thinking about slowing down, I want my wife to take it easy. 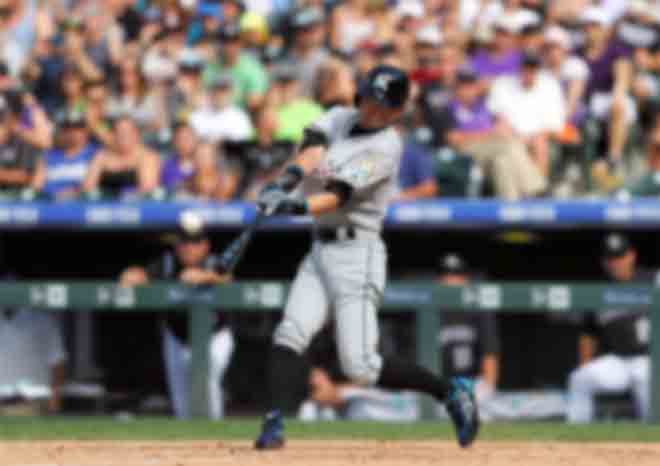 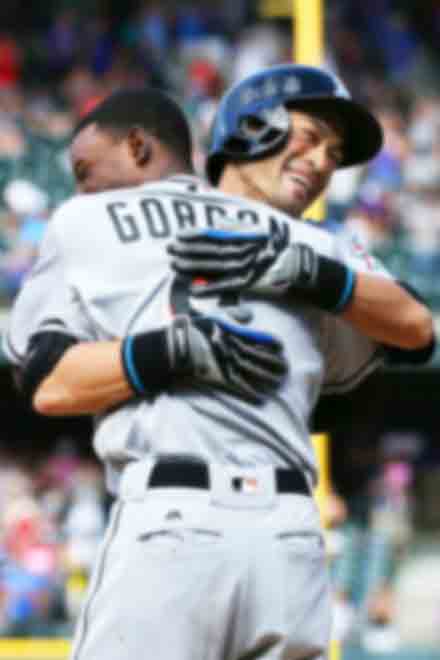 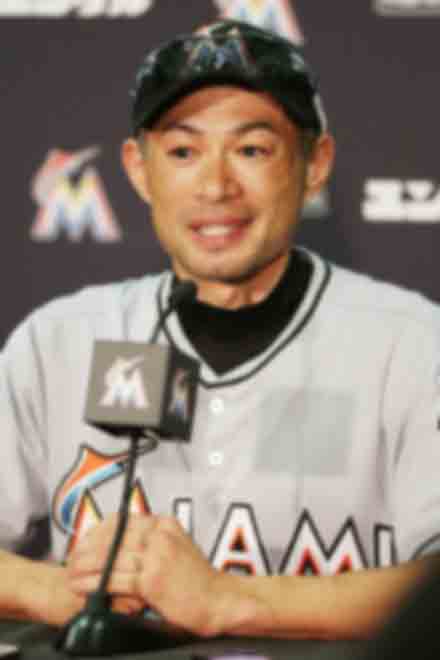 Ichiro prepared daily with a rhythm that seemed as though he had a built-in clock. He said he was able to continue playing until 45 because of the thorough manner in which he took care of his body as well as the support from his family.

In his daily life, he continued to be supported by Yumiko. Not being able to simply take care of the matter with a “thank you” may also be considered Ichiro’s way of doing things. He may also have been trying to hide his embarrassment by bringing up the rice ball episode.

In August 2016, the day after he reached 3,000 hits in the major leagues, Ichiro expressed words of gratitude to Yumiko when questioned by reporters. But at that time, he said: “When I was asked (at the news conference) ‘Who is the first person you want to tell about this?’ (Yumiko) popped into my mind. But since she was there (at the news conference), I couldn’t tell her, and I am also not very comfortable about such matters.”

In contrast, many people may have heard about “Ichiyumi,” their pet Shiba Inu dog that is named with one character each from the couple. Ichiro said he was not only comforted by the dog but was also encouraged by observing how it tried to live with all its might. The pet was a mental support for “superman” Ichiro. 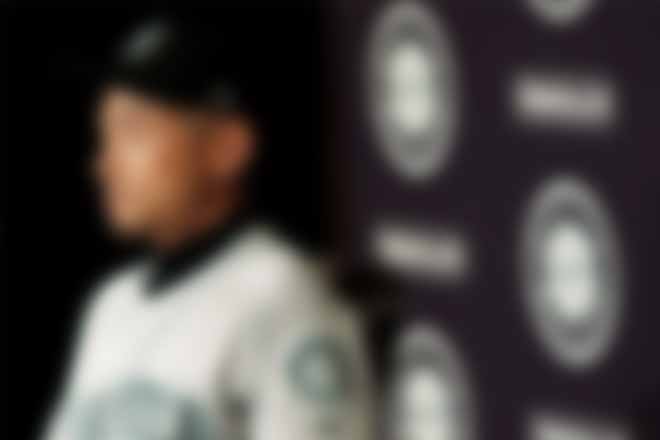 Someone who was never me before emerged

Did you play while always having a sense of loneliness?

In the United States, I am a foreigner, so that led me to think more about what others may be going through or to imagine the pain of others. In that sense, someone who was never me before emerged. There were many instances when I felt loneliness or suffered. At the same time, while I did feel that way, I now believe that experience will likely serve as a major support for me in the future. That is why, although it may be natural to think about wanting to run away from difficult situations, I also now feel that facing such situations head-on is also very important to me as an individual. 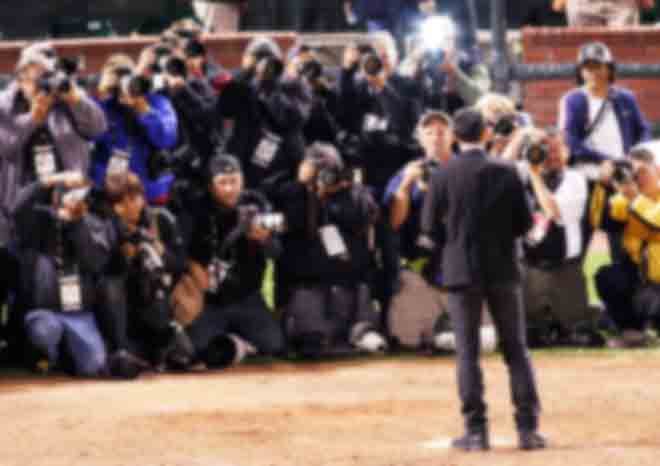 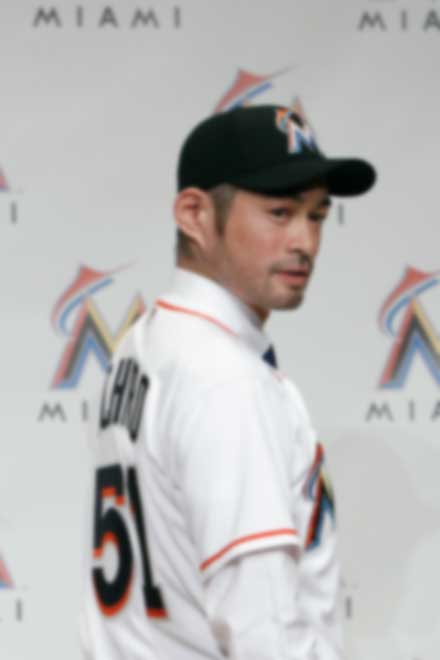 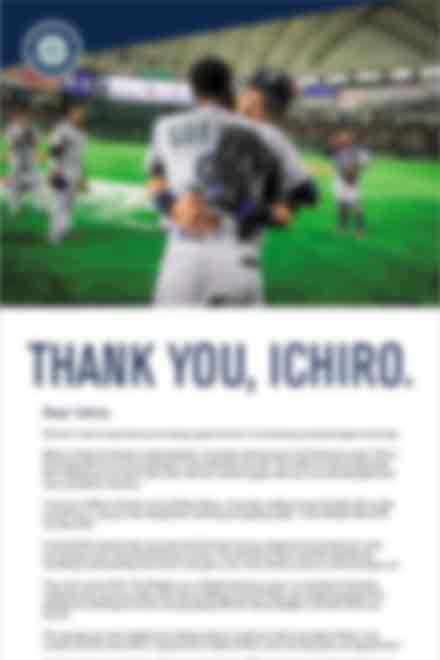 There is especially strong resentment toward players who attract a lot of attention before they have accomplished anything on the field. Some fans may boo from the stands or throw ice onto the field. That is why Ichiro pursued results that would have to be recognized by everyone. Even after being named MVP of the American League in his first year as well as ending up with the most hits, Ichiro continued to rack up high numbers.

But his stoic attitude also led to criticism. When Ichiro was with the Mariners between 2001 and 2012, the team was in the division cellar seven times. The only time the team made the playoffs was in 2001.

Even when the team no longer had a chance to win the pennant, Ichiro continued to give 100 percent. Other players may have been jealous, with some saying Ichiro only thought about himself. Others both on the team and outside blamed Ichiro for the team's long history of dismal records. In the shadow of his success may have been the feeling of loneliness.

For anyone who considers himself a foreigner, it takes time for others to understand who one is, due to differences in culture and language. When Ichiro moved to the Miami Marlins in his 40s with one aim of instructing the younger players, he passed on his various experiences to his teammates without hesitation. One such player was Dee Gordon, who is now with the Mariners. His taking out a full-page ad in a Seattle newspaper to thank Ichiro after his retirement is evidence of the trust and friendship between the two that went beyond racial differences.

You have shed no tears, but have smiled a lot today.

Shouldering the thoughts of someone is a burden in its own way, so it is not easy to stand in the batter’s box for each at-bat. I wanted to get at least a hit. There appear to be some who feel I am someone with no emotion, but I do in fact have emotions. I felt it would have been preferable to end it with a positive result, but that was not to be. But still many fans remained in the stadium. While I would never do so, I felt this may be what it is like to be so satisfied as to be ready to face death. I think now is the time to use such an expression.

The atmosphere at Tokyo Dome on March 21 was one of wanting to enjoy the power and skills of major leaguers. The second game in the opening series between the Oakland Athletics and Seattle Mariners was held that day. However, the mood changed dramatically at 7:02 p.m., when a news agency transmitted a report that Ichiro had decided to retire.

That news report reached the smartphones of fans in the stands. The buzzing in the stands spread around the stadium like ripples. Although the player wearing No. 51 was on the field before us, this sight is not eternal. Everyone’s attention heightened as they tried to avoid even blinking. The cheering increased in volume because as far as anyone could tell, this may be the last time to see Ichiro hit, throw and run.

Even after the game ended after four hours and 27 minutes, no one left the stands. They did not remain to enjoy the last traces of the game. Rather, they desperately wanted to see Ichiro one last time.

Learning what was going on within the stadium, Ichiro ran out of the dugout and slowly circled the field while being enveloped in applause. The light steps he took appeared to be his way of extending the passage of time that would eventually have to come to an end.

Well, shall we be on our way?