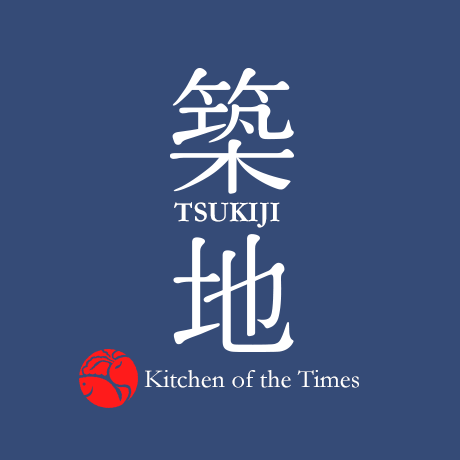 In order to taste delicious sushi

"Nigirizushi" (hand-pressed sushi) is said to have originated in Edo (current Tokyo) in the early 19th century. Rice seasoned with vinegar and salt were pressed by hand with fish caught in the sea in front of Edo (Tokyo Bay) and were eaten together. It was a snack sold at stalls for people living in the urban area.
Since then, with the passing of time, fish are now collected even from distant seas thanks to the advancement of distribution technologies. As a result, the sushi stage has spread widely. Sushi has become a delicacy that makes it possible to enjoy the tastes of the four seasons of the Japanese archipelago and the blessings of the seas around the world. It has also become a medium that sends messages by putting fish on white "sushimeshi" (vinegared rice). It is like printing various messages on white T-shirts. The messages are “Fish are delicious,” and “Let’s cherish natural properties and taste them.”

I want to say “thank you” to people who come to Japan and try sushi. Then, where should they eat sushi? There are three avenues.

The first is to buy sushi at food sales counters in the basement floors of department stores, supermarkets, or stores specializing in sushi located among shopping streets and take them home. Prices range from 500 yen to 1,500 yen ($5 to $15 in terms of 100 yen to the dollar).
The second is to go to conveyor-belt sushi restaurants in busy shopping areas or in the suburbs. A plate with two "kan" (pieces) of the same sushi is priced between 100 yen to 500 yen.
The third is to go to sushi restaurants in which sushi chefs make sushi based on orders from customers. The bill costs about 1,000 yen at inexpensive restaurants but as high as 30,000 yen at top-class restaurants in such fashionable areas as Ginza and Nishi-Azabu in Tokyo. There are various sizes of sushi restaurants and a variety of prices. Some restaurants show the kinds of fish and their prices per piece by writing them on a menu or pasting them on the walls. But some restaurants do not. Even for Japanese, it is an adventure with a sense of tension to go to sushi restaurants they have never visited. Therefore, it is even more so for foreign tourists. There are no dress codes. But if the prices are likely to exceed 10,000 yen, you should expect the restaurants to be first-class ones. If the menus are displayed outside the restaurants, you can find out the prices in advance.

The sushi restaurants are designed so that customers can see all the ingredients and the chefs at work. Glass-covered refrigeration cases are installed in front of the counters where customers sit. The cases accommodate fish that are available that day and have been given advance preparation.
Some restaurants have, in addition to counters, tables and even “zashiki” tatami-mat floors on which customers have to take off their shoes. Which seats to take depends on the customers. But if you want to order one at a time, it may be better to sit at the counter. If you want to eat sushi in a relaxing atmosphere and order a set menu, it may be better to sit at one of the tables.

When you take a seat, you will find a small empty dish on the table. It is for soy sauce that you can add to your sushi. Tea is offered in a big cup because tea complements sushi, and it helps make it unnecessary to have to repeatedly pour more while dining.

Nigirizushi is offered in lacquered bowls or on ceramic plates, wooden boards or plant leaves depending on the restaurant. When you eat sushi, you can use chopsticks. But you can also take them in your hand. Because of that, wet towels are prepared so that you can wipe your hand.

If you sit at a table, you can order through the waiter or waitress. If sitting at the counter, however, customers generally order directly to the chef. Chefs who are good at communicating with customers speak to them in a timely manner. If they do not, you should try catching the chef's eye. If you are able to comfortably order sushi, it is almost sure you can enjoy the sushi at the restaurant.

If the menu at sushi restaurants reads, “for one person,” the standard style is eight kan (pieces) of nigirizushi and half of a stick of rolled sushi on a plate or in a lacquered bowl. It consists of ingredients with different personalities, such as tuna, white-fleshed fish, shrimp and fried egg, in a good balance. Many restaurants offer menus of three ranks, such as “tokujo,” “jo” and “nami,” or “matsu,” “take” and “ume.” The ranks do not mean a difference in the number of pieces of sushi but imply differences in the prices of the fish used. In the case of tuna, for example, red flesh is used for the lowest-ranked nami. However, “chutoro” (medium fatty tuna) is used for the middle-ranked jo and “otoro” (extremely fatty tuna) for the highest-ranked tokujo.

In the case of “ebi” (shrimp, prawn or lobster), small boiled ebi is used for nami. However, raw “amaebi” (deep-water shrimp) or a little bigger boiled ebi is used for jo, and boiled “kurumaebi” (kuruma prawn) could be offered for tokujo along with its head and tail. However, high-priced sushi does not necessarily mean “great.” What is important is to choose your favorite ingredients. You can order nami without hesitation.

As for those who are not comfortable with eating raw fish, we cannot recommend they go to sushi restaurants, though it is regrettable. Better restaurants are making more efforts to offer a variety of fresh fish so that their customers can eat them raw. The number of ingredients that are boiled or grilled is small. (In Japanese sushi, however, there is a category called, “Osakazushi,” in which vinegar-marinated fish or boiled vegetables are used as ingredients. You can find them in sushi stores.)

The first are tuna. There are several kinds. Even in one tuna, red meat on the back and fatty “toro” on the belly are different. If stores write “tuna,” it means red meat in most cases.
The second are white-fleshed fish. There are various kinds, including bastard halibut, red sea bream and Japanese sea bass.
To foreign customers they will look the same in the glass cases. But they look so even to Japanese customers. From autumn to spring, bastard halibut and red sea bream are delicious. In the summer, Japanese sea bass and “makogarei” righteye flounders are tasty.
The third are shining fish. It is the label for fish with shiny backs. They include kohada (smaller size of konoshiro gizzard shad), Japanese jack mackerel, chub mackerel and sardines. They are soaked in vinegar in many cases. Generally, they are reasonably priced. However, the exception is shinko, or juvenile fish of kohada. It fetches a trading price of as high as 50,000 yen per kilogram in the market when in season from July to September.
The fourth are shellfish. In addition to raw shellfish, there are various other kinds that are given preparation, including boiled ones and those seasoned with soy sauce.

The fifth are crustacean creatures, such as shrimp, squid and octopus.
The sixth are others, such as “anago” conger eel and fried egg.
The seventh is “gunkanmaki” (warship roll). This is not a fish but the shape of the sushi. It was so named because its shape is similar to a warship. It combines ingredients, which are difficult for chefs to press on rice, with “nori” dried laver seaweed. Typical ingredients used for warship rolls are sea urchin and salmon roe.
The eighth are “makizushi,” in which ingredients and rice are rolled together with nori dried laver seaweed. Among the ingredients that are rolled in a slim fashion include "kanpyo" and cucumbers. There are also “futomaki” (rolled in a thick fashion), in which various ingredients and rice are rolled together.

You may have thought, “What? My favorite ingredient is not shown.” Yes, it’s salmon. In addition, avocado. It is only in recent years that salmon can be eaten raw thanks to aquafarming. Though its popularity is spreading even in Japan, it cannot be included in the group of traditional ingredients.

How to eat sushi

I don’t want to talk about formal procedures. But there is a knack to eating delicious sushi. It is even more so in sushi restaurants in which chefs make nigirizushi (hand-pressed sushi) in front of you.

The first is to eat it quickly. I want you to enjoy the combination of warm rice and ingredients. If you leave it as is, the fish becomes dry. Nori contains humidity. Grilled ingredients, such as conger eel, cool down and harden. These are not good things.

The third is that you can freely decide the sequence and the number of sushi pieces you eat. Sushi has no appetizers or main dishes. You can enjoy deciding the sequence in which you will eat various sushi and also the number. If your favorite sushi is “nattomaki” (natto and rice rolled with nori dried laver seaweed) and you order it as your first choice at a sushi restaurant, the chef may be a bit surprised.
But if you say that nattomaki is your favorite, the chef will be convinced. If you ask the chef, “What do you recommend today?” for the second choice after eating nattomaki, then the chef’s pride may be maintained.