Hayashi invited to visit China, says nothing decided yet 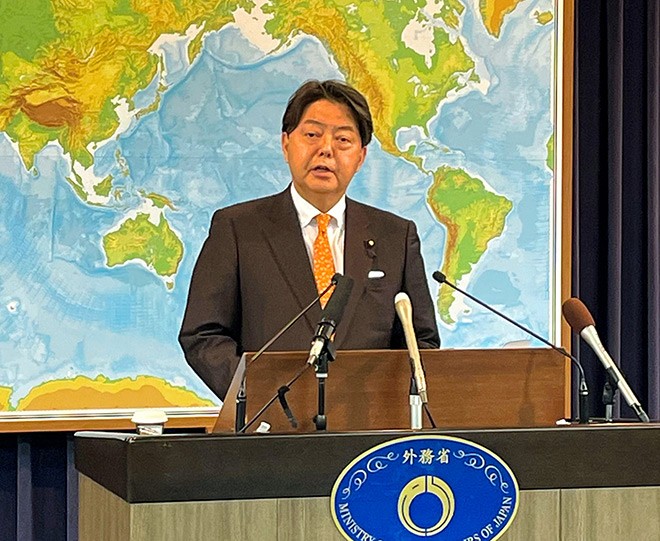 “Nothing has been decided at this point,” Hayashi said about the invitation on a TV program aired by Fuji Television Network Inc. on Nov. 21.

Although Hayashi declined to comment on whether he will accept the invitation, he said that he and Wang confirmed that the two countries will work together to build “constructive and stable Japan-China relations” since next year will mark the 50th anniversary of normalized bilateral ties.

Hayashi said Japan will decide its course of action over the matter on its own.