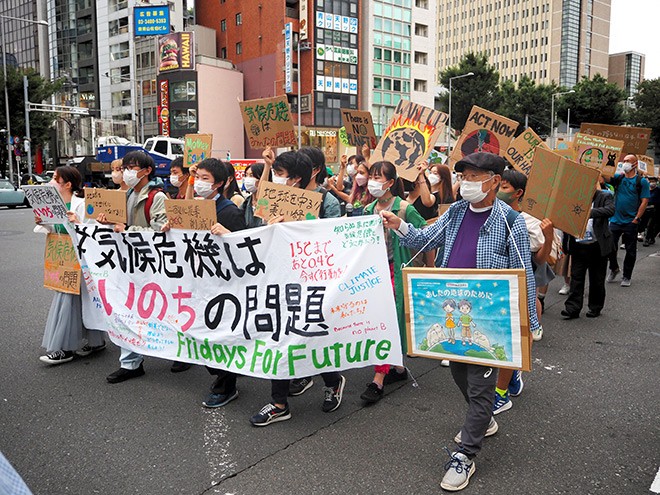 Young Japanese activists joined with others around the world Sept. 23 to stage a coordinated protest against climate change.

About 200 demonstrators gathered in front of the United Nations University campus in Tokyo’s Shibuya Ward for a 3-kilometer march organized by Fridays For Future Tokyo (FFFT).

The organization was inspired by the protest started by Swedish environmental activist Greta Thunberg.

The protesters in Tokyo held up signs that said the climate crisis was a matter of life and death.

The demonstration was the first organized by FFFT in three years due to difficulties in holding such outdoor activities while the COVID-19 pandemic was raging.

“We are the ones who will have to protect the future,” said 20-year-old Miyu Tahara, a junior at Hitotsubashi University who took part. “We will call on politicians to raise the goal for reducing greenhouse gas emissions so that we and future generations do not face major problems.”