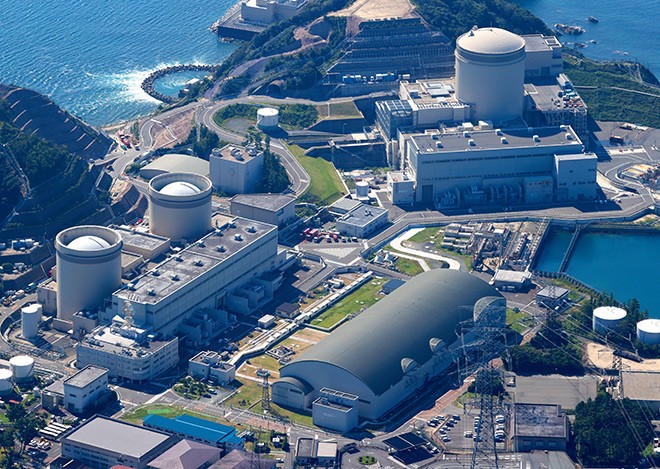 The industry ministry proposed building new nuclear reactors to replace retired ones and effectively extending their operating lives beyond 60 years, a reversal of policies set after the 2011 Fukushima nuclear disaster.

The proposals were presented to the ministry's advisory council, the Nuclear Energy Subcommittee, at a meeting on Nov. 28 as a draft action plan for the Kishida administration’s slogan to “make maximum use of nuclear energy.”

Although many subcommittee members endorsed the proposals, some members said not enough time was spent on discussing such a major change in energy policy.

The government has maintained that “for now,” it does not expect construction of new nuclear plants or a replacement of any reactor.

Because of opposition expected from local governments, the plan also did not propose building nuclear plants in areas that have never hosted such facilities or adding new reactors to existing plants.

But under the action plan, the Ministry of Economy, Trade and Industry states that construction of new reactors “will begin with those replacing retired ones,” giving utilities the green light to build reactors to take the place of those being decommissioned.

The ministry is also seeking “advanced light water reactors” as replacement units, expecting them to start operating in the 2030s. They will each come with an estimated price tag of at least 500 billion yen ($3.57 billion).

Such reactors have enhanced safety features and are an extension of current nuclear technologies, the ministry said.

The action plan also pushes for a system that will effectively extend the life cycle of reactors beyond the maximum of 60 years set under rules adopted after the 2011 triple meltdown.

It suggests that often lengthy periods when reactors are offline for examinations by the Nuclear Regulation Authority on whether they meet standards for restarts be excluded from the 60-year limit.

In addition, the time frame should not include periods when reactor operations are suspended because of lawsuits, the ministry said.

Under those proposals, a reactor that has been idle for 10 years for those reasons could operate for up to 70 years since it first went into service.

The proposed exclusions from the 60-year limit have been criticized as “taking the teeth from” the rigorous reactor regulations set in 2013.

One subcommittee member said the exclusions are “akin to ditching the lessons learned from the Fukushima accident.”

The action plan also called for a new system to provide grants to local governments that promote the use of recycled nuclear fuel at facilities in their jurisdictions.

This is meant to give some leverage to the nation’s trouble-plagued nuclear fuel cycle policy.

Although the action plan represents a sweeping policy change, it does not directly deal with a slew of challenges that have remained unsolved for decades.

Under the program, plutonium retrieved from spent nuclear fuel from across Japan will be recycled as fuel for use at nuclear plants.

The completion date of the reprocessing plant has been pushed back 26 times so far. Around 14 trillion yen has been invested in the project.

Another big headache for the central government is securing a final disposal site for highly radioactive nuclear waste from nuclear power plants across the country.

Two small municipalities in Hokkaido have shown an interest in hosting such a storage facility in exchange for generous grants.

But the Hokkaido governor is opposed to the plan. And no other local governments in Japan have come forward as potential final disposal sites.

The ministry’s action plan did not list any specific proposals to resolve these issues. It merely said: “The state should bolster efforts to gain the understanding” of the public to the nuclear policy.