Defense Ministry is asking for attack drones in 2023 budget 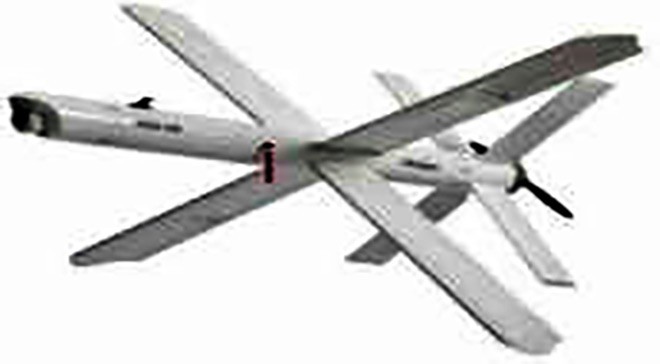 An illustration of a small attack drone (Provided by Defense Ministry)

The ministry is seeking an attack drone to help defend outlying islands. But because the weapon could be turned into a “killer robot” if artificial intelligence technology is combined with it, ethical concerns would have to be addressed before the attack drone is ever actually used.

Masahiko Asada, a professor of international law at Doshisha University in Kyoto, said the key factor would be the functions it possesses.

“There is the possibility of problems in terms of international law, depending on the degree of human control as well as the capabilities of the drone,” Asada said.

Like the approximately 100 or so other items in the Defense Ministry’s budget request, no specific monetary figure was included for the attack drone.

The ministry has already deployed the Global Hawk surveillance drone from March and possesses drones for use during natural disasters.

But because it does not yet have attack drones, the new program would push forward research on their use to crash into enemy armored vehicles that have landed on outlying islands. The drones would be purchased on a trial basis to confirm their capabilities for early deployment.

The Defense Ministry is also asking for funds to research using high-powered lasers and microwaves to shoot down enemy drones.

Drones with AI installed could cut down on personnel expenses, but still allow for around-the-clock surveillance.

But the development of these drones could turn them into lethal autonomous weapons. And there are questions over whether it would exceed current international legal provisions. The lack of human control over such weapons has raised concerns that non-combatants could become collateral damage.

Foreign Ministry officials have said there was no intention to develop lethal autonomous weapons or to conduct research and development for defense equipment not approved for use by international or domestic laws.